Hopfield Network is a recurrent neural network with bipolar threshold neurons. In this article, we will go through in depth along with an implementation. Before going into Hopfield network, we will revise basic ideas like Neural network and perceptron.

The ﬁrst computational model of a neuron was presented in 1943 by W. Mc Culloch and W. Pitts. They called this model threshold logic.The model paved the way for neural network research to split into two distinct approaches. One approach focused on biological processes in the brain and the other focused on the application of neural networks to artificial intelligence. 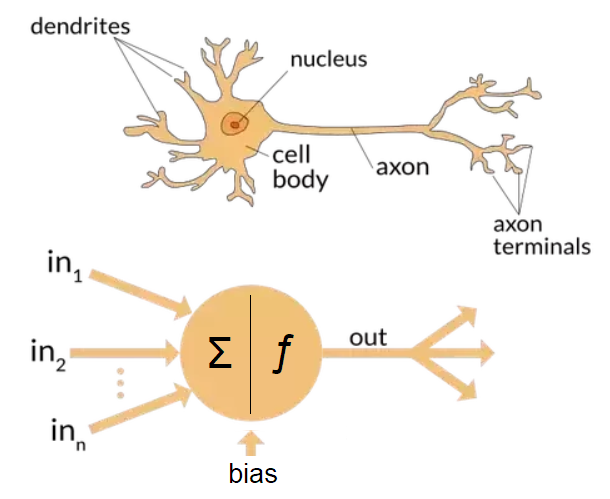 In 1958, Rossenblatt conceived the Perceptron, an algorithm for pattern recognition based on a two-layer learning computer network using simple addition and subtractio. His work had big repercussion but in 1969 a violent critic by Minsky and Papert was published.

The work on neural network was slow down but John Hopﬁeld convinced of the power of neural network came out with his model in 1982 and boost research in this ﬁeld. Hopﬁeld Network is a particular case of Neural Network. It is based on physics, inspired by spin system. 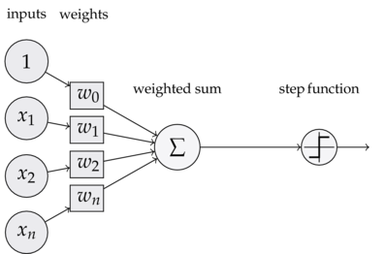 Hopfield Network is a recurrent neural network with bipolar threshold neurons. Hopﬁeld network consists of a set of interconnected neurons which update their activation values asynchronously. The activation values are binary, usually {-1,1}. The update of a unit depends on the other units of the network and on itself.

A neuron in Hopfield model is binary and defined by the standard McCulloch-Pitts model of a neuron:

where ni(t+1) is the ith neuron at time t+1, nj(t) is the jth neuron at time t, wij is the weight matrix called synaptic weights , θ is the step function and μ is the bias. In the Hopfield model the neurons have a binary output taking values -1 and 1. Thus the model has following form:

For ease of analysis in this post we will drop the threshold (ϑi = 0) as we will analyse mainly random patterns and thresholds are not useful in this context. In this case the model is written as:

In this post we are looking at Auto-associative model of Hopfield Network. It can store useful information in memory and later it is able to reproduce this information from partially broken patterns.

For training procedure, it doesn’t require any iterations. It includes just an outer product between input vector and transposed input vector to fill the weighted matrix wij (or synaptic weights) and in case of many patterns it is as follow:

where, ε is the pattern and p = total number of patterns.

The main advantage of Auto-associative network is that it is able to recover pattern from the memory using just a partial information about the pattern. There are two main approaches to this situation.
We update the neurons as specified in equation 3:

Now that we have covered the basics lets start implementing Hopfield network.

So we import the necessary libraries and define the patterns we want the network to learn. Here, we are defining 4 patterns. We can visualise them with the help of the code below:

Which gives the out put as :

Now that we have trained the network. We will create a corrupted pattern to test on this network. 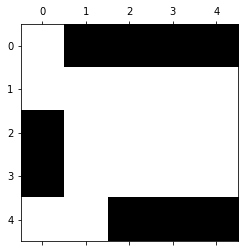 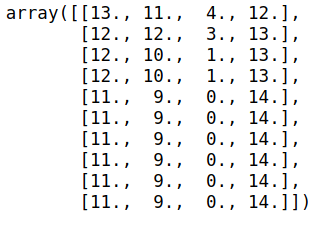 We can also see the plot for all the hamming distances below: 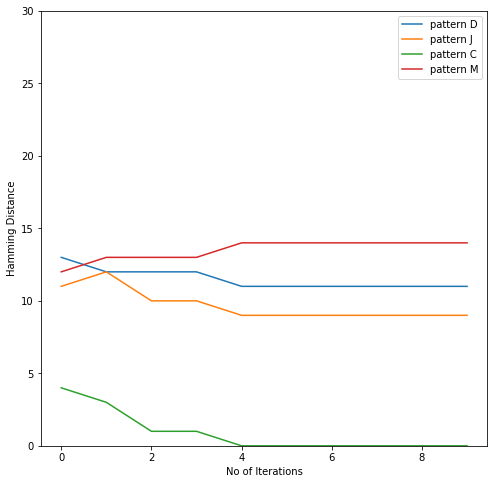